Rev. Raphael Warnock's and Jon Ossoff's elections have tipped the scales in President-Elect Joe Biden's favor. What does it mean for the future of his policies?

Georgia’s historic congressional race has ended in the victory of senator-elect Reverend Raphael Warnock and the presumptive victory of Jon Ossoff, should he maintain his razor-thin lead against incumbent David Perdue as the last votes are counted.

In addition to breaking a 56-year run by Republican representatives and electing the state’s first Black senator, the election of Warnock and Ossoff would tip the scales back in the Democrats favor — meaning the party has an easier path to passing a number of housing and economic policies, including the $2,000 stimulus checks Majority Leader Mitch McConnell blocked on Dec. 29.

“If Democrats are able to capture Georgia’s two Senate seats as projected, come January 20 they will be able to dislodge Mitch McConnell as the majority leader, removing the party’s most formidable congressional foe from a post where he could have blocked Biden at nearly every turn,” The Atlantic political expert and reporter Russell Berman explained in an op-ed published Wednesday.

“Democratic control of the Senate, under the likely majority leader, Chuck Schumer of New York, would mean that Biden should be able to get most of his Cabinet and judicial picks confirmed, thanks to changes in recent years that eliminated the 60-vote threshold for nominations.”

However, Berman and other political reporters and commentators have been quick to temper Democratic supporters’ expectations of exactly what Georgia’s runoff results mean for 2021, as legislators battle over the government’s coronavirus response, stimulus packages, the eviction moratorium, and proposals to cancel and freeze rent.

“Even if Democrats win both races, Biden will likely need varying levels of GOP support in the Senate to accomplish his priorities,” a CNBC article read. “Legislation needs 60 votes to clear a Senate filibuster, meaning even a Democratic majority would need Republican support for most bills.”

The most urgent piece of legislation on the line is the Ways and Means Committee Chairman Richard E. Neal’s (D-MA) Caring for Americans with Supplemental Help (CASH) Act of 2020. The CASH Act proposes $2,000 stimulus checks for individuals, $4,000 for married couples who filed joint tax returns, and $2,000 per dependent.

Similar to the two CARES Act stimulus checks, the CASH Act includes income limitations. Individual taxpayers with Adjusted Gross Incomes (AGI) above $115,000 and joint taxpayers with AGIs of above $230,000 won’t receive a check, as the bill shaves off $5 for every $100 in AGI over $75,000 for individuals and $150,000 for couples.

The House of Representatives passed the CASH Act with a two-thirds majority on Dec. 28; however, Mitch McConnell (R-KY) blocked the Act from going before the senate. With McConnell on the brink of being dethroned as the majority leader, the CASH Act has a greater chance of being passed when the Senate reconvenes after Inauguration Day.

Although the extension of the eviction moratorium and $25B in rental assistance will help prevent millions of Americans from falling into the fray, housing advocates and Democratic legislators say it’s not enough to stave off the immense personal and economic harm a wave of evictions and foreclosures could create.

“We’ve been working with tenants before the pandemic because the majority of tenants in this country were rent-burdened,” Dianne Enriquez, the director of campaigns for community dignity at the Center for Popular Democracy, told Inman in December. “What happens when people get evicted? This falls on their credit report, so they’re unable to find homes again. This creates massive economic chaos.”

“I think this is going to create an unprecedented amount of economic, emotional and physical harm, and it’s worth it for us as individuals, as human beings to do everything that we can to take action,” she added.

With the scales tipping in Biden and Democrats’ favor, housing advocacy groups are already applying pressure by releasing statements calling on the President-elect to push for additional legislation that extends the moratorium, further expands unemployment benefits, and provides greater renter assistance in the form of canceling and freezing rent.

“The Council of Large Public Housing Authorities (CLPHA) congratulates Raphael Warnock on his historic victory and Jon Ossoff’s election to the United States Senate, thus securing a Democratic Senate majority,” CLPHA Executive Director Sunia Zaterman said in an emailed statement. “The incoming Biden-Harris administration and HUD Secretary-designate Marcia Fudge now have expanded, once-in-a-generation opportunities to improve the lives of low-income Americans who have been especially harmed by the COVID-19 pandemic.”

“The first course of action is for Congress to pass a new stimulus relief bill with $50 billion in emergency rental assistance that addresses housing insecurity and homelessness,” Zaterman added. “… CLPHA looks forward to working with the Biden-Harris administration and the 117th Congress to make these legislative goals happen.”

Under the Trump Administration, the Department of Housing and Urban Development underwent a 180-degree turn that resulted in the outright repeal or gutting of Obama-era policies, namely Affirmatively Furthering Fair Housing.

During his campaign, Biden promised to reinstate AFFH, allocate $640B over the next 10 years to dramatically increase the nation’s housing supply, provide more robust funding for affordable housing projects through the Housing Trust Fund, establish “eviction diversion programs” for at-risk tenants, and create emergency funding for housing vouchers and homeless shelters.

He also proposed a $15,000 first-time homebuyer tax credit and promised to roll-back President Trump’s tax cuts, which could include reintroducing deduction rules for mortgage interest and local and state taxes.

Biden’s appointment of Representative Marcia L. Fudge (D-OH) to lead HUD has come with some criticism, as members of the Congressional Black Caucus alongside other Black and progressive political organizations were lobbying for Fudge to lead the United States Department of Agriculture.

“While we believe Rep. Fudge can excel at any leadership position, we share the confusion of many about this move and are left to believe this choice stems from shallow racial stereotypes about the office,” Sunrise Movement Executive Director Varshini Prakash told USA Today.

“If Biden appoints Vilsack to lead the USDA, it would be a slap in the face to Black Americans who delivered the election to Joe Biden,” she added. “Vilsack failed Black farmers before – it’s not necessary to give him another shot when other candidates are well qualified for the role.”

Despite the pushback, Fudge said she’s more than able to lead HUD and is willing to work with housing advocates to reactivate HUD’s charge to dismantle housing segregation and discrimination.

“Everybody knows how passionate I am about feeding hungry children and school lunches and the kinds of things we do with food and nutrition,” Fudge said of her past work in the same USA Today article. “It is my passion. I can do so much of the same things with HUD.”

Much like more immediate legislative goals regarding the coronavirus pandemic, Biden’s housing policies won’t be an automatic shoo-in, as he has to manage Republican opposition alongside in-battling between leftist and centrist democrats who disagree about the country’s future.

“Control of the Senate would give Biden his best shot at signing major new legislation on key issues such as the climate emergency, immigration, voting rights, poverty and racial justice,” a Guardian article read. “But even two Democratic victories in Georgia would not mean that Biden could easily implement a progressive legislative agenda, because centrist Democrats in the Senate might break with the party in close votes.” 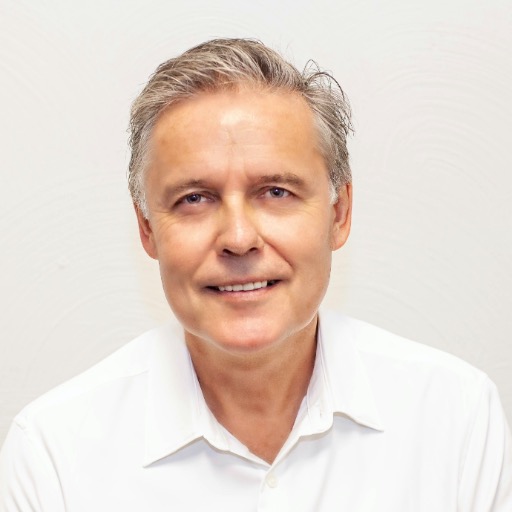 Arjan Breunesse’s years of experience in International Executive Hospitality Management with companies such as Marriott Hotels, The Walt Disney Company, and Hilton Hotels have instilled his total fo....

What Georgia's election results could mean for US housing policyRev. Raphael Warnock's and Jon Ossoff's elections have tipped the scales in President-Elect Joe Biden's favor. What does it mean for

10 simple upgrades that can transform an outdated home

10 simple upgrades that can transform an outdated homeAs potential buyers are having to make lightning-quick decisions based on limited visits or online marketing materials alone, these fixes are no

6 reasons FSBOs fail epically even in a hot market

6 reasons FSBOs fail epically even in a hot marketUnfortunately, DIY sellers often have to go through these sometimes painful motions to get a much-needed reality check.With so many red hot real

What Do Home Buyers Want Today?

By registering, you agree to our terms of use and that real estate professionals and lenders may call/text you about your inquiry, which may involve use of automated means and prerecorded/artificial voices. You don't need to consent as a condition of buying any property, goods or services. Messages/data rates may apply.

Any questions about the Florida Housing Market? Fire away!